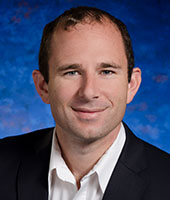 Lane B. Gaddy is the CEO of W. Silver Recycling, a 100 year old company servicing the unique by-product needs of manufacturers in the southwest United States and Mexico. Mr. Gaddy has overseen growth from 2 locations with 20 employees in 2015 to over 500 today with 11 operations in two countries. He has led W. Silver Recycling’s path with teams in Mexico and the U.S. and product purchases and sales from 20 countries.

Mr. Gaddy is actively involved in the manufacturing, real estate, hospitality, restaurant, liquor, healthcare and finance industries. He currently serves on numerous boards including the University of Arizona Eller Business School National Advisory Board, the University of Arizona McGuire Entrepreneurship National Advisory Board, Hospitals of Providence Transmountain Campus Governance Board and others. Previously, he served on the boards of the El Paso Downtown Management District, the Paso del Norte chapter for the Young President’s Organization, the El Paso Convention and Visitors Bureau, TIRZ No 5 for the City of El Paso, Insight’s Children Museum, and Texas Trost Society amongst many others. He additionally is a founder and past board member of Progress 321. He has been involved in the Young President’s Organization since 2005.

Mr. Gaddy was nominated as El Pasoan of the Year in 2015 and was inducted into the El Paso Business Hall of Fame in 2016. In 2017, he was the recipient of the Hub of Human Innovation Downtown Award. His downtown development projects have won various awards including two Texas state preservation awards in 2018 and 2019. W. Silver Recycling has been nominated for multiple awards including the American Metal Market Scrap Company of the Year in 2018 and 2019.

Mr. Gaddy attended the University of Arizona and graduated with degrees in Finance and Entrepreneurship in 2005. He later earned an MBA from the University of Texas in 2012. Additionally, he completed the Stagen Integrated Leadership Program in 2014. He is married to Allison Glass and they have a son, Anson and daughter, Valentina. Mr. Gaddy has been a director of WestStar Bank since 2020.