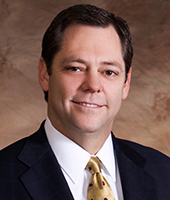 Mr. Foster serves as a director on the boards of Franklin Mountain Investments, LLC and its affiliated companies.  He also serves on the boards of Jordan Foster Construction, Vomaris Innovations, Inc., and on the Board of Trustees of the Baylor College of Medicine.  Previously, Mr. Foster served as a director of the El Paso branch of the Dallas Federal Reserve Bank, was Vice Chairman and Chairman of the University of Texas System Board of Regents, and served as Chairman of the University of Texas Investment Management Company (UTIMCO).  He is a past member of the Texas Higher Education Coordinating Board and the Texas Business Leadership Council.  He was the founding Chairman of El Paso Regional Economic Development Corporation (REDCo).

Mr. Foster now serves on the Executive Committee of the Borderplex Regional Economic Alliance and is a member of the World Presidents’ Organization.  He and his wife, Alejandra de la Vega Foster, are philanthropists and major supporters of the Borderplex cities of El Paso, Texas, Las Cruces, New Mexico, and Ciudad Juarez, Mexico. They are co-founders of MountainStar Sports Group, owners of the El Paso Chihuahuas Triple-A Baseball team, the FC Juarez Bravos Liga MX Soccer club, and the El Paso Locomotive United Soccer League club.

In the early 2000’s, Mr. Foster became the leading catalyst in the revitalization of El Paso’s Downtown, purchasing and restoring several historic buildings in what is now called the Mills Plaza District. His most recent project was the complete restoration of the 90-year-old Plaza Hotel, a landmark in the City’s center. It was opened in 2020 as The Plaza Pioneer Park.

Mr. Foster has received the Baylor University Distinguished Alumni Award, was inducted into the 2013 Class of the Texas Business Hall of Fame, and in 2007 and 2013 was presented with the City of El Paso’s highest honor, the Conquistador Award.  He was named El Pasoan of the Year twice, inducted into the El Paso Business Hall of Fame, and was named as El Paso’s Entrepreneur of the Year. Mr. Foster has been a director of WestStar Bank since 2004.